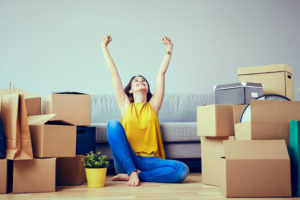 Axiometrics reported that in 2016, the total volume of student housing investment was more than $9 billion, recording a 62% growth from the 2015 figures. Though the effects of some sizable portfolio sales on this numbers cannot be ignored, 2016 was the sixth consecutive year in which this sector recorded an all-time high sales volume. Influenced by these numbers, quite a lot of new players joined the industry during that period, leading to an increased demand for products which eventually compressed cap rates, driving stiff competition in a sector that had not previously experienced dominance from any particular investor profile.

We’re often inundated with tales of how a large portion of the most desirable market has been overbuilt and  how most of the top-tier universities now have more Class A supply (the highest quality properties in the area), than demand. Here is Aiometrics’ analysis of new beds deliveries in the last couple of years: 60,000 beds delivered in 2014, 47,000 beds delivered in 2015/16 with 2017 estimated to have delivered 40,000. Contrary to popular belief, there has been a decline in the number of new beds delivered in recent years. More than forty universities were experiencing purpose-built properties from 2015-17 for the first time. This data is quite surprising when you consider the popular perception of today’s market in contrast to the reality. Also Read Optimizing Multifamily Student Housing Assets for Maximum ROI

Most industry insiders are aware that there have been issues of over-supply at some of the bigger universities, including University of Oklahoma, Texas A&M, Florida State, LSU, University of Arkansas, Ole Miss, University of Illinois, and a host of others. Analysts are still compiling new inventories on this market and it may take a while before everything levels out. However, we have observed growth in quite a number of 2nd Tier schools across the nation. Like with every other thing related to student housing, these opportunities are specific to the market, and if we are to go by what we hear and see, there is no doubt that these opportunities are very much in existence.

Enrollment growth is one of the factors responsible for this continued growth in the student housing sector. In spite of all the headlines about the dramatic increase in student debt and the rising cost of tuition, most universities are still expanding their enrollment. According to Axiometrics, the U.S. has experienced a boost in enrollment growth by 6.4 million students within the last 20 years. Funny enough, the largest upsurge in enrollment growth was between 2007 and 2009, during the worst recession recorded in modern history. The continuous increase in enrollment across the country and the increase in number of 14 to 17 year olds as opposed to what was obtainable 20 years ago, is one of the biggest draws to this industry for investors, which by real estate standards, is still considered very young.

All these trends indicate that there are still a lot of investment opportunities in the Philadelphia student housing industry. The industry did not only survive the last recession, it actually flourished during that period as a result of the increased number of enrollment into tertiary institutions across the country. Most of these opportunities are market-specific tailored to fit the overall health of each school, and investors can now take advantage of the plethora of data to make more informed and educated investment decisions.

However, this sector is not without its own special pitfalls which includes: understanding each school’s particular leasing cycle, trying to meet the ever-changing student demand with upgraded amenities, the threat of other investors bringing in newer and larger projects close to your assets, handling the parents while managing the student (since they’re often in charge of the rent) and trying to remain fully leased amidst the competition. We are quite confident about the investment opportunities in this sector through the next decade, and I’m sure investors will continue to enjoy favorable returns from their assets.

Notwithstanding the many arguments about the Philadelphia student housing market still being in its “awkward teen” phase, I’m quite confident that it would mature to become a fully stabilized “adult” in the not so distant future.

Joe White is a Philadelphia Property Manager and Real Estate Broker. He is the owner of Grow Property Management and has been involved in the management, sales and purchases of Philadelphia area rental investment properties since 2008. He is an author and works as a real estate investment consultant and construction manager.

View all posts by Joe White

Our relationship has been smooth for the past one year and they handle my high value asset and so far the work has been so good.

Michael Blankenship
13:39 10 Mar 20
After they took charge, I am so much relived and happy that they track everything perfectly and I am getting house rent from my tenants on time.

Daniel Ortiz
02:39 10 Jan 20
Had a very good experience with this company. Joe does a wonderful job managing my portfolio and is very detailed oriented. Really gives me a piece of mind.

Kelly Cole
2018-09-18T18:13:47+0000
Absolutely fantastic service, with quick phone response and kept me up to date with text messages. He gave great advice and offered options, did everything quickly and efficiently, and was very nice. I recommend him 100%,,, Thank you so much!!!

Mary Jefferson
2018-09-18T17:50:34+0000
Their professional attitude with friendly nature makes them different. We are so happy with the place they found for us and are so grateful to them. We recommend everyone to talk to Joe Property Management Agent. Best Service, thanks!

Kelly Stein
2018-09-18T17:41:39+0000
Great service! They explained everything to me and made sure I was satisfied. Very respectful and have reasonable prices. I will most definitely be a returning customer.Thanks!

Shirley Green
2018-09-18T17:26:41+0000
I’ve loved working with Joe - Grow Property Management Have since rented two houses through Joe and each time has been fantastic. He’s addressed issues promptly and was very thorough throughout signing process. They were nothing but flexible with move-ins and have been nothing but a pleasure to work with. Depending on your budget, Joe has an amazing selection to offer and compared to other property management companies in town, I won’t go anywhere else! I have yet to work with a property manager so willing to go out of their way to help than with Joe! Thank you Joe!

Elizabeth Sullivan
2017-07-05T18:22:02+0000
Customer service is reliable! Not faceless like MOST property management companies out there!

Juilo Alvarez
2017-06-27T20:26:54+0000
Philadelphia Property Management has been successfully managing a couple properties of mine for years. They make the process of being a landlord so much easier. I never have to chase them down for an update or question their property management skills. Their methods seem to be effective. I've had positive results from each tenant thus far. I highly recommend their property management services if you own property in the Philadelphia area.
Your Next Step? Simply Request More Information
We proudly operate our property management with the following organizations:
We operate under Purple Real Estate LLC